Difference between revisions of "ABS Case for RPi 4B with 3.5 Inch Resistive Touch Screen SKU: K-0403"

ABS Case for RPi 4B with 3.5 Inch Resistive Touch Screen 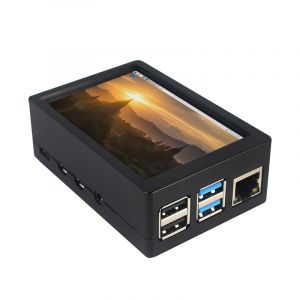 This is a kit for Raspberry Pi 4B.
It contains an ABS case and a 3.5 inch Resistive touch screen.
This TFT display is 3.5" diagonal adn bright (6 white-LED backlight) and colorful.
It has 480x320 pixels with individual RGB pixel control and a resistive touchscreen attached to it already, so you can detect finger presses anywhere on the screen. It is good for DIY projects such as mini gamepad, Desktop clock, appointment reminder, access control viewer and so on. The Raspberry Pi 3.5 inch Touch Screen can adjust the resolution by the software which also available for connecting Raspberry Pi 3 B+ directly, without additional power.(The RPI screen original resolution is 320×480).
The screen support 125MHz SPI signal input, the refresh rate is about 50fps which is enough to play the videos or games and display stable without flicker.
It supports Raspbian, Ubuntu, and Kali system, the drivers and image are provides freely.
The case can be used as raspberry pi case with mini cooling fan and 3.5 inch screen case.
The 3.5 inch resistive Touch Screen can be directly inserted into any version of the Raspberry Pi (Raspberry Pi zero, zero w, a, A+, b, B+, 2B, 3B, 3B+)
(Raspberry Pi is not included in the package) 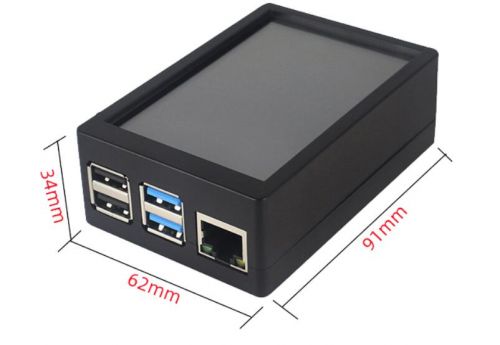 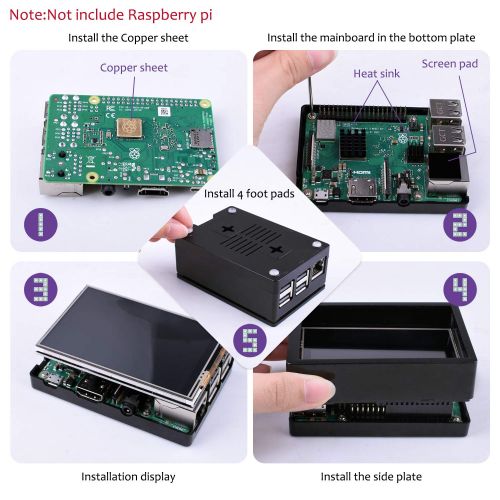